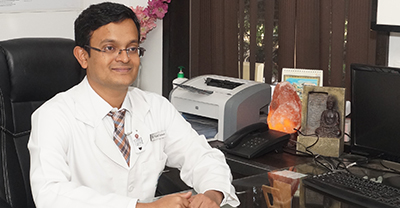 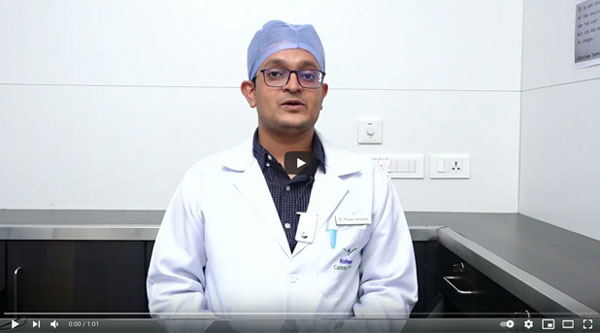 Dr. Prasad did his MBBS from Dr. V M Govt Med College, Solapur and post graduation MD Radiation Therapy from Tata Memorial Hospital , Mumbai. A gold medalist in MD examination, he has presented Research Posters at various national and international conferences namely Asian Society of Neuro-oncology [ASNO] 2013 Mumbai, World Federation of Neuro-oncology [WFNO] 2013 San Francisco, USA, Association of Radiation Oncologists’ of India [AROICON] 2014 Imphal, India and Apollo Cancer Conclave, Hyderabad in 2015. He was selected as a "Resident Forum Chief" for Association of Radiation Oncologist of India, Maharashtra State Chapter for the year 2013-14 and 2014-15. He was an active organiser and treasurer of the "MSAROICON - 2016" conference held at Kolhapur. He has many Publications in Indexed Journals to his credit. He has cleared the "European Society of Medical Oncology" examination in the first attempt in 2016.

He has special interest in Palliative care and has successfully completed the "Certificate Course in Essentials of Palliative Care" in 2017 by Indian Association of Palliative Care. He is an active member of Kolhapur Medical Association and has written several articles for Kolhapur Medical Association's monthly publication - "KMA Flash". He received Gold Medal in "International Collaboration for Research Methods Development in Oncology - CReDO" in 2018 organised by Tata Memorial Hospital, King's College, London and National Cancer Institute, USA. He is a good speaker and has given motivational speeches for college students. He has delivered his services as Clinical Oncologist at Kinshasa in Africa. He is a marathon runner and keyboard learner. Currently he is pursuing MBA in Hospital Administration.